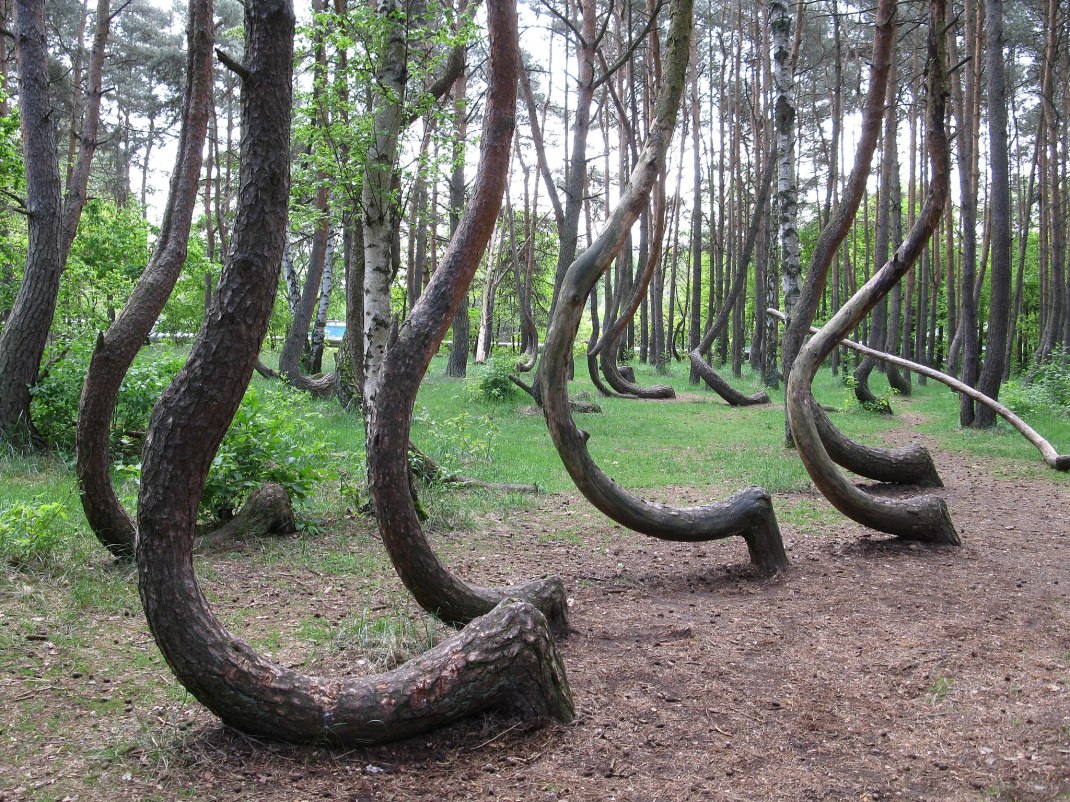 Trees can come in all shapes and sizes, but most species follow the same patterns as they reach toward the sun. In Poland’s Krzywy Las, or Crooked Forest, however, a group of about 80 pine trees breaks all norms by growing sideways at the base, prompting all kinds of creative theories about their origin, including gravity fluctuations, Nazis, and even aliens.

The story starts, as any good mystery novel should, with an obscured origin story. It’s estimated that the trees were planted in the early 1930s, and experts have determined that the deformation occurred when the trees were just 5-7 years old. At the time, the region was part of Germany, but history would soon throw a veil over what exactly happened. 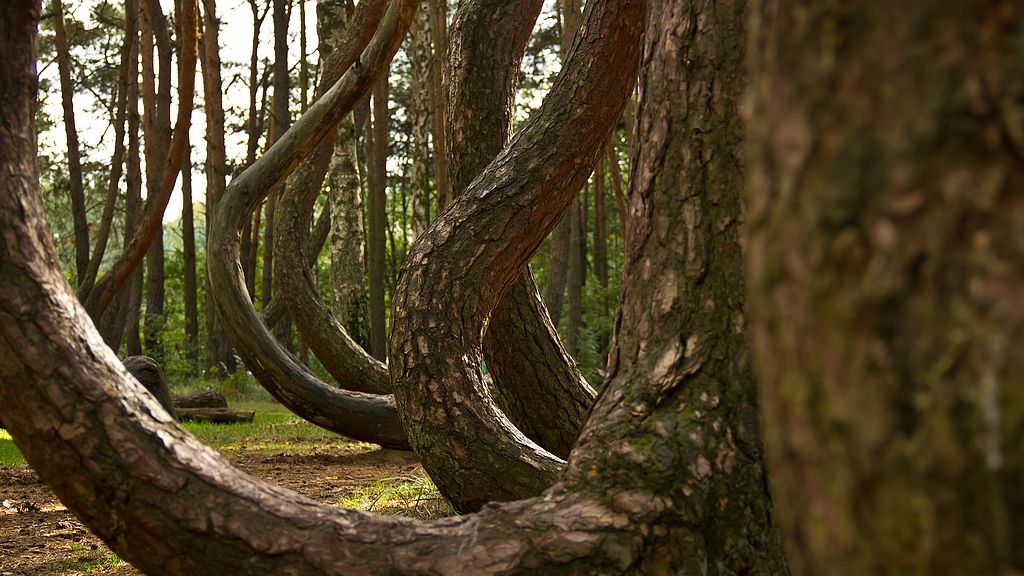 Theories about the origin of the crooked trees

As war broke out across Europe, many lives and stories were lost, including the origin of the Crooked Forest. One theory based on the time period is that a Nazi tank rolled over the young trees, bending them 90 degrees. This makes sense visually, since the vast majority of the trees are bent in the same direction (North), but loses speed when considering the larger picture of the forest.

The bent trees are surrounded by hundreds of normal trees, so there is no path a tank could have taken to damage just that small patch of  saplings. Furthermore, if the trees were bent so radically by the treads, it’s more likely that they wouldn’t survive the experience. Even so, the possibility can’t be ruled out.

Other theories are more creative. One such theory is a ‘gravitational fluctuation’, similar to the Oregon Vortex in the United States. Although it’s an interesting supernatural explanation, these kinds of events are simply optical illusions, and don’t hold up to scientific scrutiny.

One of the most outlandish theories is that the trees were crushed by an alien spacecraft, similar to crop circles. Crop circles themselves were debunked long ago, so it’s unlikely that the theory holds any water. It’s best to leave explanations of aliens and experimental Nazi magnetic fields to ‘documentaries’ on the History Channel. 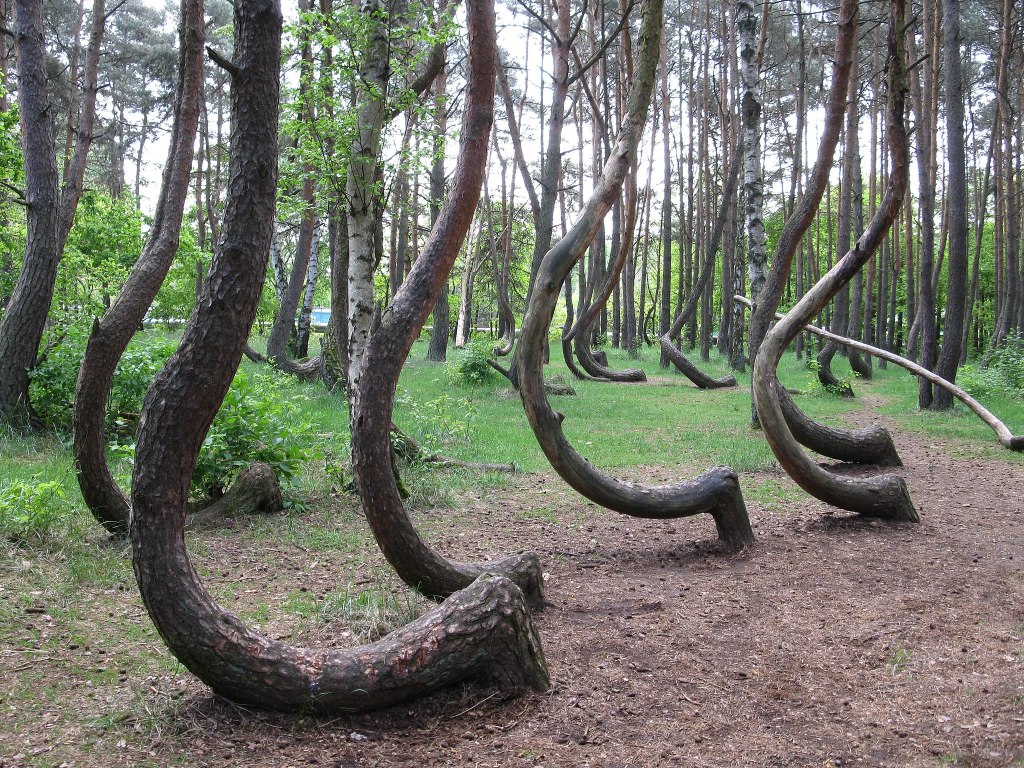 The trees are mostly bent toward the North – photo credit Rzuwig

The most likely explanation is that the trees were intentionally modified to produce a naturally curved material for furniture or buildings. The process takes years to pay off, but has been documented going back hundreds of years.

In England, early shipbuilders prized English Oak for use as ‘compass timber’, or the curved pieces of a boat’s hull. These pieces could be made of several straight pieces fastened together or, in the case of smaller boats, wood steam bent into any shape, but timber that has naturally grown into a certain shape is much stronger. The oaks in England’s many hedges were perfect for this, and by the end of the 17th century, many of them had been cut down for this use.

The theory also makes sense considering the time period. Up until the 1930s, Art Nouveau (Jugendstil  in German) was all the rage, and its curved and natural forms could be the inspiration for the Crooked Forest trees. The local village was decimated by the war, and wouldn’t recover until the 1970s, so the original curator could have fled or passed away. Another less depressing possibility is that the trees were simply abandoned when fashions shifted toward the straight lines of Bauhaus and modernism in the late 1930s and beyond. 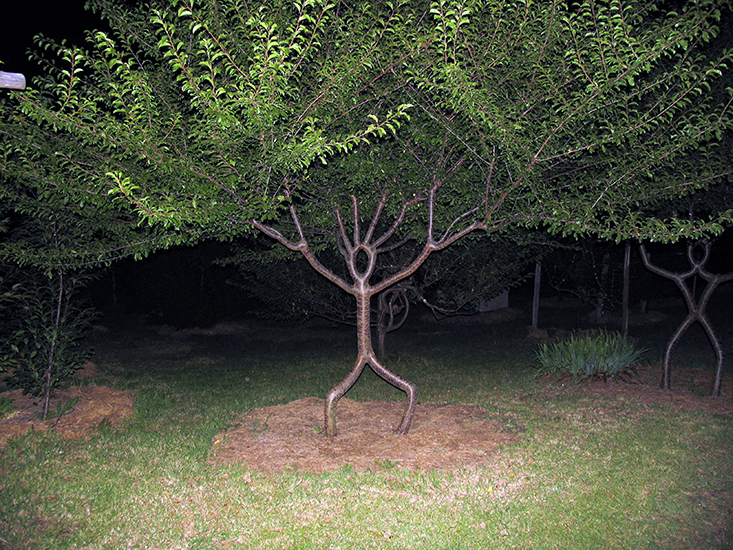 The Person Tree by tree shaping artists from Pooktre

Tree shaping as an art form has been around for millennia, and can be readily seen in Japanese Bonsai curation, topiaries, and other practices around the world. More recently, an Australian couple have come up with the ‘Pooktre’ method, with some remarkable results.

Although this is the most plausible answer, no one really knows what happened to the trees in Krzywy Las. At this point, it’s unlikely that the true cause will ever be known, but fortunately the trees are still around to spark the imaginations of future visitors for years to come. 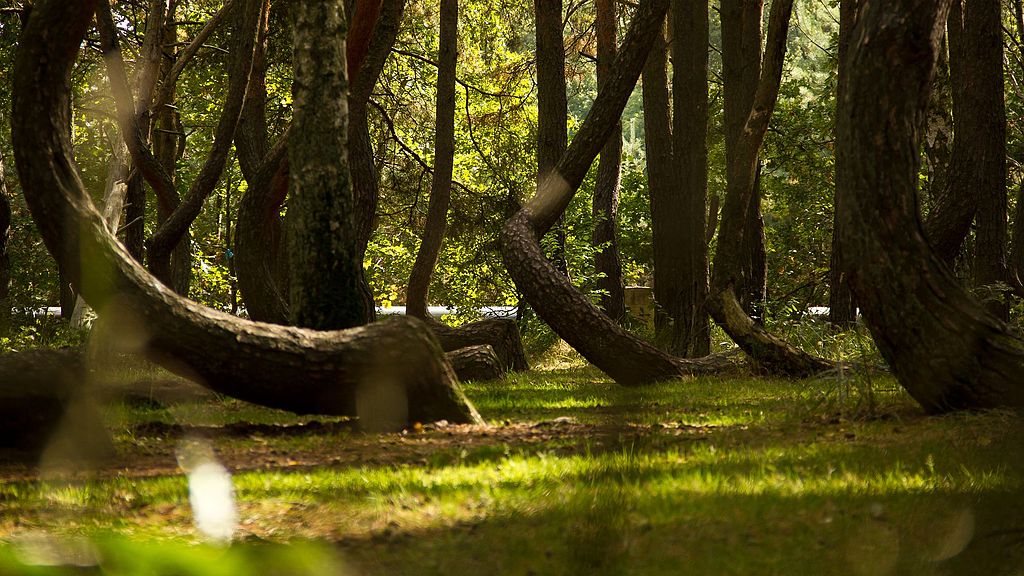 If you enjoyed this article about the Crooked Forest, check out the archive for more tree stories. Also check out the Facebook page, with a few extra tree goodies throughout the week. Subscribe below to receive notifications whenever a new tree story is published.

As always, feel free to drop a comment below. I’d love to hear your ideas as to what could have caused the phenomenon!