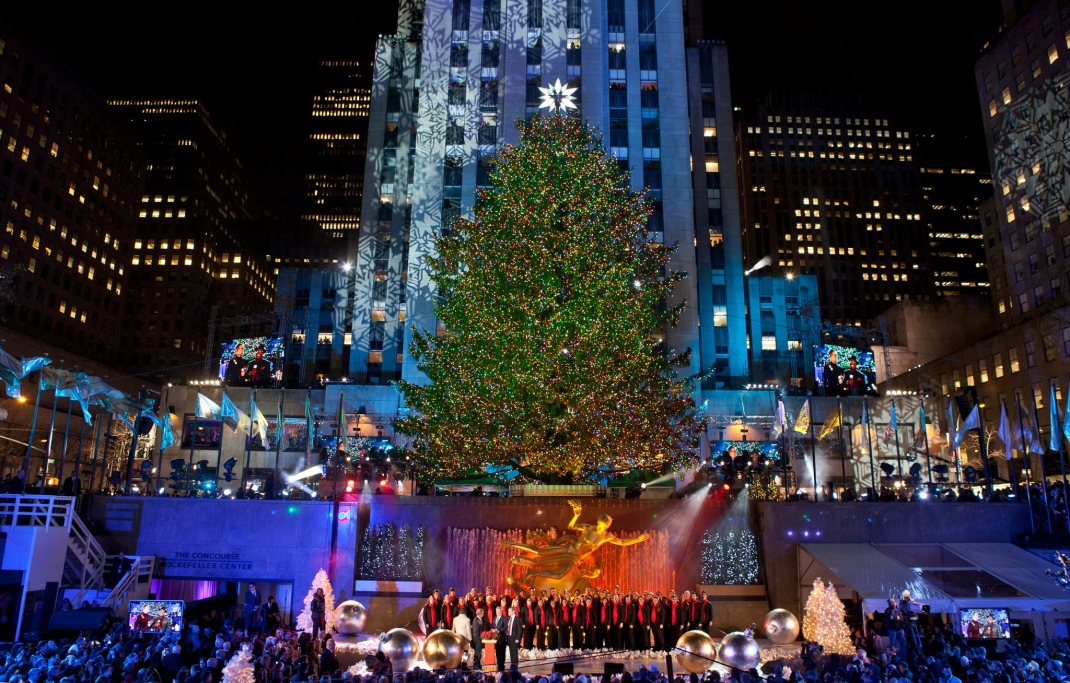 For Americans at home and abroad, there are few things that usher in the holidays like the enormous Christmas tree in front of Rockefeller Center. More than 125 million people visit the tree each year, and the lighting ceremony is televised shortly after Thanksgiving.

The tradition dates back more than 8 decades, to before WWII and at the tail end of the Great Depression. Although it didn’t become an official annual celebration until 1933, the first tree to go up in the plaza was erected by workers building Rockefeller Center in 1931. It was significantly smaller than its modern counterparts, at just over 6 meters (20 feet) tall. In classic Depression-era fashion, it is said to have been decorated with tin foil and metal cans instead of gaudy ornaments. 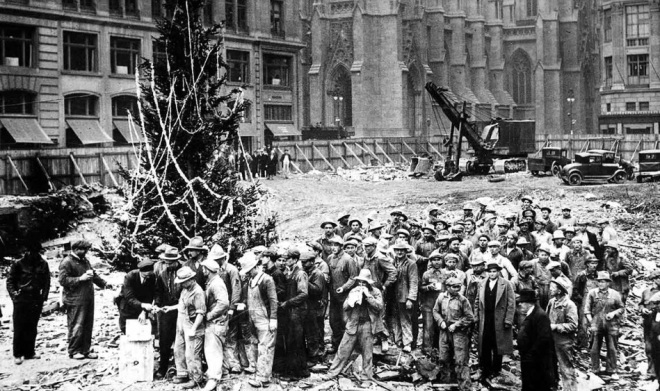 The iconic skating rink was added in 1936, and by then the chosen trees were much larger. In fact, that year there were 2 trees, each around 21 meters (70 feet) tall. In the early years, displaying more than one tree was quite common. It wasn’t until after WWII that the trees truly increased in size, and by the end of the 1950s decorators were erecting scaffolding to reach the upper parts of the tree. 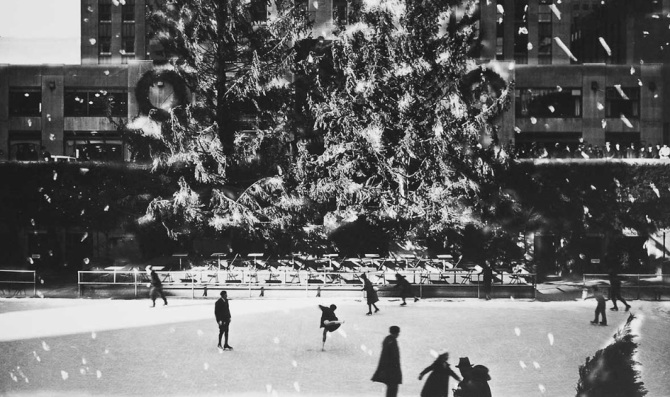 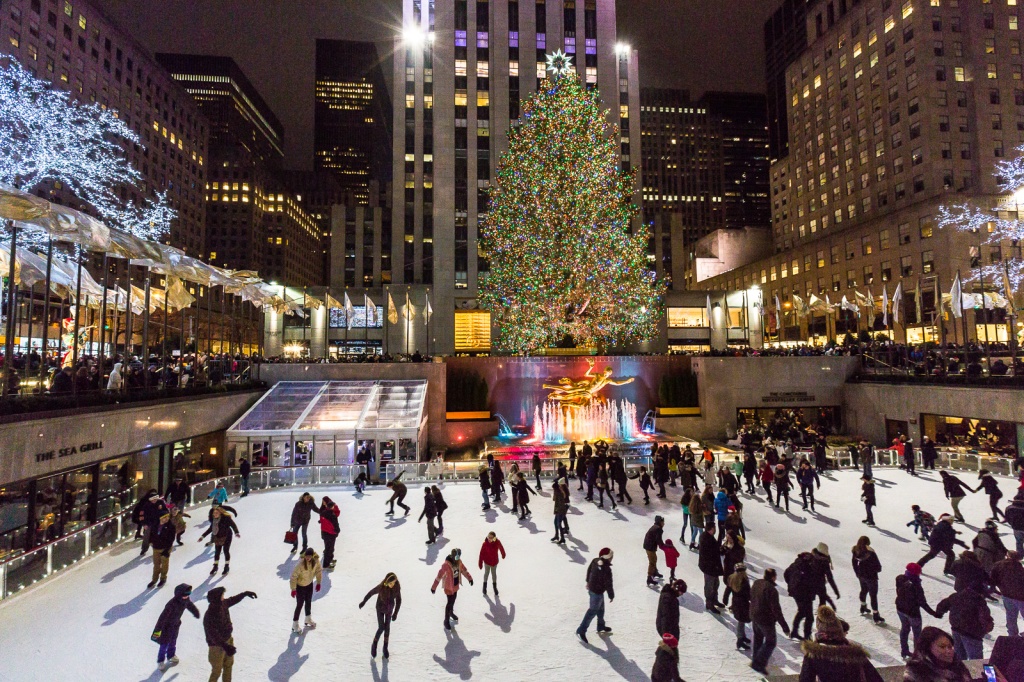 The largest tree ever chosen was a 30 meter (100 foot) tall Norway spruce in 1999. In order to get the towering evergreen to the plaza, it was driven to New York City from its home in Connecticut on a flat bed truck, then transferred to a custom trailer to navigate the narrow streets around Rockefeller Center. These limitations mean any tree taller than 30 meters is simply too tall to make the trip.

The 2017 Rockefeller Center Christmas Tree is also a Norway spruce, and was first considered in 2010. Erik Pauze is the center’s designated Christmas tree hunter, and he was shown the tree while visiting Pennsylvania to see a football game. At the time, the tree wasn’t quite right, but he kept note of it and it was finally chosen this year.

“It’s an all-year process, where I’m constantly looking for trees to put on the list” – Erik Pauze, Head Gardener at Rockefeller Center

The tree’s owner, as is customary, donated the tree free of cost. Transportation costs are taken care of by the owner of Rockefeller Center, but the only reward for the donor is the knowledge that their tree will bring joy to millions of people from around the world.

Although the tree is felled, like most Christmas trees, it doesn’t go to waste after the holidays. Previously, the trees were mulched and spread throughout NYC’s many parks, but nowadays the trees are sent to a lumber mill to be turned into construction materials. The kiln-dried lumber is then donated to Habitat for Humanity, and used to build homes for the disadvantaged. 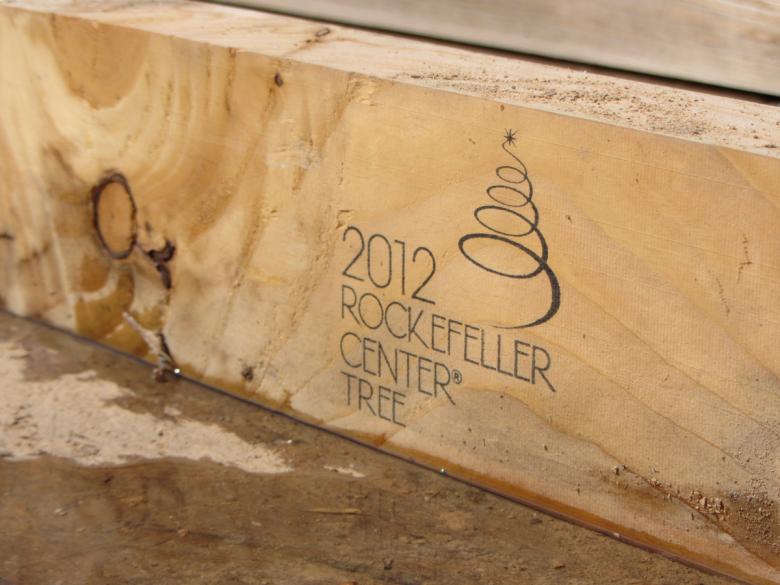 But that’s not the only way the tradition has become more environmentally friendly in recent years. Not only were the 45,000 lights spread along 8 kilometers (5 miles) of wire replaced with energy efficient LEDs in 2007, all of the electricity for the lights is generated by enormous solar panels on top of Rockefeller Center itself.

Regardless of its fate, the tree will remain in Rockefeller Plaza until January 8, bringing joy to millions of visitors. Meanwhile, Erik Pauze will continue to search for next year’s centerpiece tree. If you think your tree has what it takes, there is a submission form right on their website. 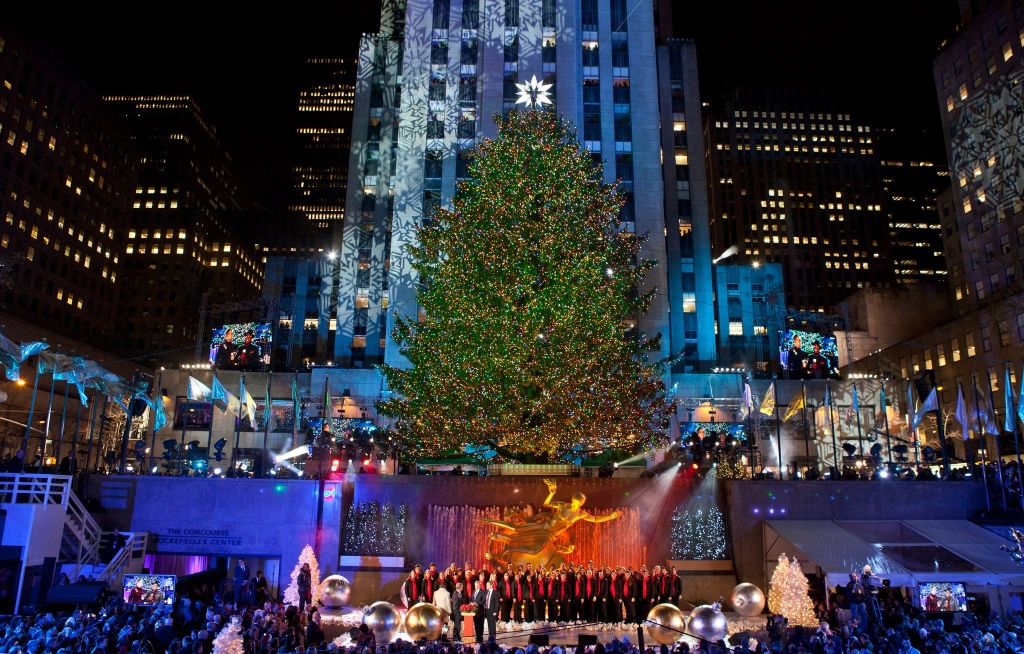 If you enjoyed this article about the Rockefeller Center Christmas Tree, check out the archive for more tree stories. Also check out the Facebook page, with a few extra tree goodies throughout the week. Subscribe below to receive notifications whenever a new tree story is published.